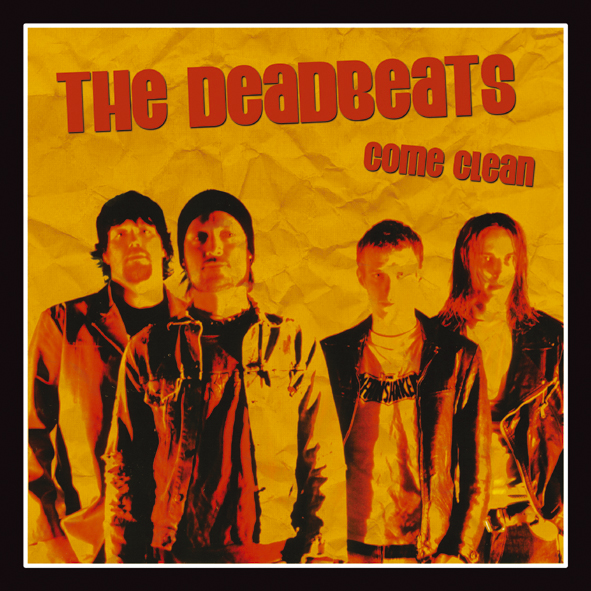 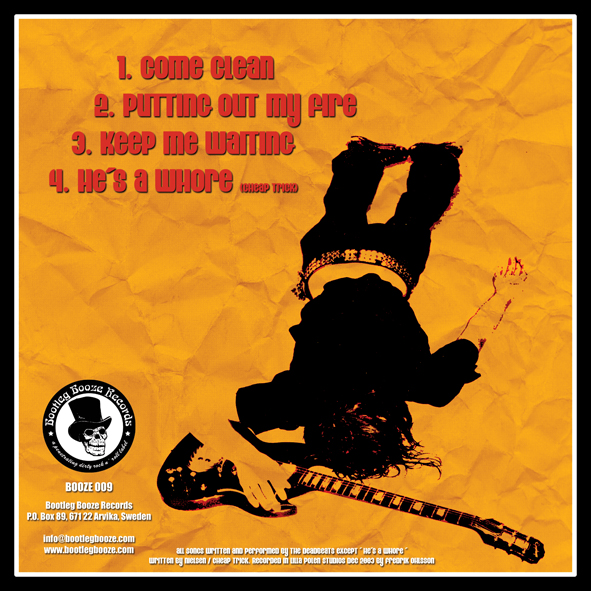 “Oh man, is this here Bootleg Booze release ever worth your attention and hard earned cashola. You get three great Deadbeats songs and a smokin’ version of Cheap Trick’s “He’s a Whore” on this slab o’ wax. Do not mistake this band with the 1978 version from LA. To do so would be a mistake and you would miss out on some killer shit.

I first heard the Deadbeats in late 1999 via their CD release on Fueled Up Records. It rapidly became a favourite at the Casa Champion and I was lucky enough to hookup with members of the band on my various trips to Scandinavia over the last few years and we have become great friends. Great band with TONS of great songs. Rest assured, young ones, you WILL be hearing an awful lot from this band from Finspång over the next little while.

I once called them *the best unsigned band in Sweden* and I haven’t been proven wrong yet.

Then again, taste is really subjective, isn’t it?

Enjoy the record and support labels like Bootleg Booze. They really do have your aural interests at heart!” 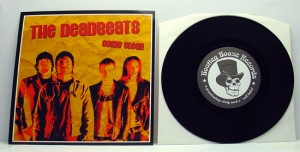 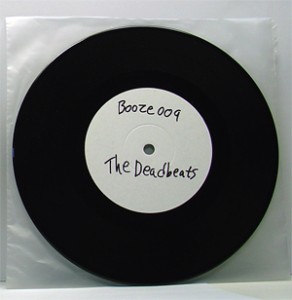