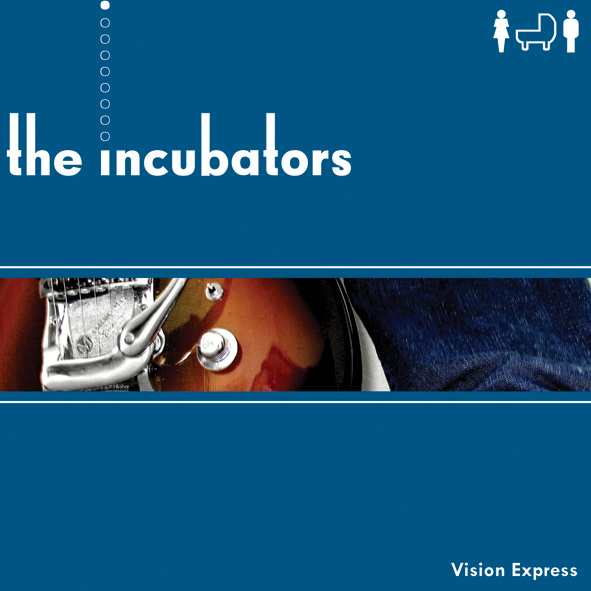 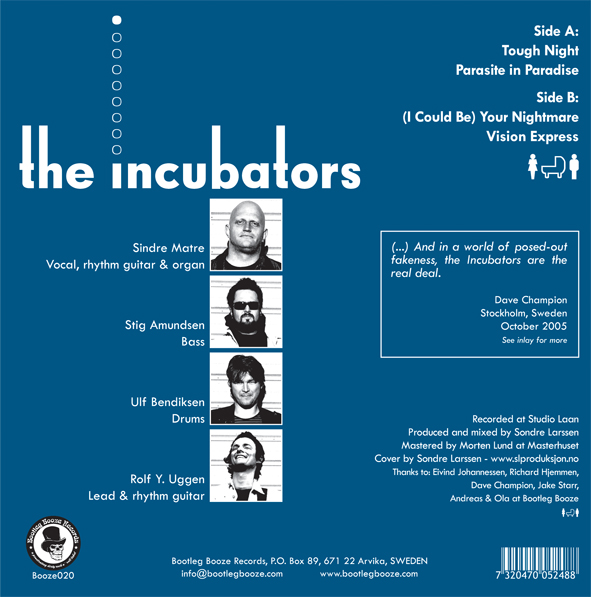 The Incubators Could Be Your Nightmare

About 15 years ago I was watching the nightly news on TV in the United States. As some of you may recall this was during the time leading up to the First Gulf War. There was a tearful Kuwaiti girl testifying in front of the US Congress about what she had seen in hospitals in downtown Kuwait City namely, Iraqi soldiers taking premature babies out of incubators, dropping them on the floor to die and then packing up the incubators for shipment to Baghdad.

As it later turned out the entire story was bullshit. The girl was the daughter of some Kuwaiti royal family member and the whole scheme had been cooked up by some public relations firm in the US to garner sympathy for Kuwait.

I can tell you one thing about the Incubators you’re listening to right now. If anybody tried to dump these guys on a floor they would end up with a mouthful of feedback.

The Incubators hail from Oslo, Norway and are comprised of Sindre Matre on lead vocals and guitar, Stig Amundsen on bass, Rolf Uggen on lead guitar and Ulf Bendiksen on drums. If some of those names sound familiar then good! Both Stig and Rolf played in the late, great Gluecifer while Stig, Sindre and Ulf are veterans of the Tip Toppers.

But just who the hell is this Sindre guy whose name keeps popping up? Well, in a nutshell, he’s a goddamned songwriting genius and I mean that sincerely. This guy can write more catchy songs in a week than most songwriters hatch out in a year. Just because his bands never play live means nothing. A good song is a good song.

And just what do we have here? 4 songs of exceptional quality. Jesus, “I Could Be Your Nightmare” sounds like an out take from any of the last 3 Nomads LPs while “Parasite In Paradise” conjures up visions of what could have happened if Roky Erickson ever got to Scandinavia. Augmented by the lead guitar of Rolf Uggen these songs are a step ahead of 99% of what passes for rocknroll these days.

And in a world of posed-out fakeness, the Incubators are the real deal. 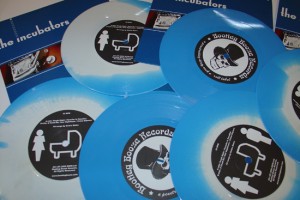 No different Boozersclub version of this 7″.